The man who raped Burma....and the man who can save Burma

supporter of the military regime in Burma. Under him Total has:

>Provided the regime with nearly $450million

>Paid the Burmese army to patrol their pipeline despite stating “Total was well aware that the Army's presence in the region could have negative consequences for villages in the area.”

>Used forced labour of men, women and children on its pipeline

>Consistently turned a blind eye to the rapes, looting and murders carried out by the soldiers it employed

>Not once condemned the genocide of the Karen people, the torture of political prisoners, the use of rape as a weapon or the detention of Burmese democracy leaders including the democratically elected leader of the country Aung Sung Suu Kyi, despite providing the majority of the regimes funding

But all this can change. Next year Desmarest will step down to be replaced by this man- 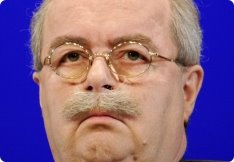 Christophe de Margerie. The man who declared "We have to go where the oil and gas is, though not at any cost", will become the new Chief Executive Officer of Total and will have the opportunity to: withdraw from Burma in order to end the company’s support for the regime, deter future foreign investment in Burma thereby cutting revenue to the regime and open the way to a French foreign policy that no longer undermines Burma’s pro-democracy movement.

We call on Mr. de Margerie to keep to his word and accept that genocide, oppression, slavery and rape is to high a cost for Burma’s oil and gas. Mr. de Margerie quite literally hold the future of the people of Burma in his hands-by his statement he has proved that he knows what it right- and we call on him to have the courage to act upon his words.