Total Oil-what are they doing? 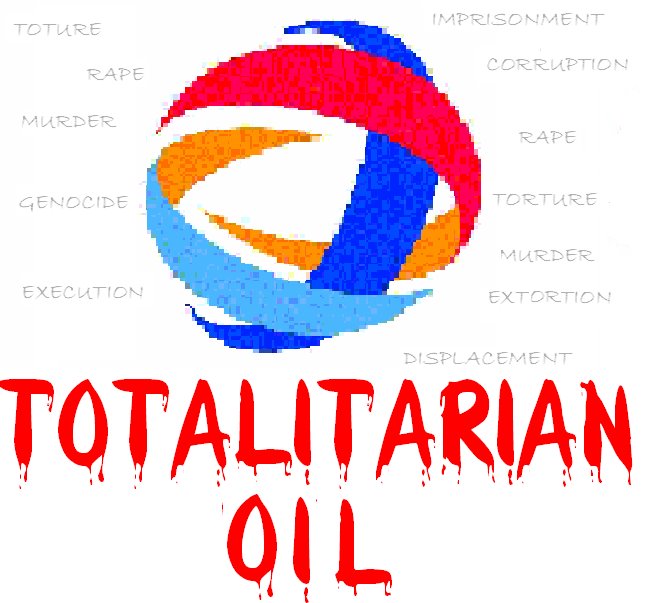 Total have a pipeline running through Burma are responsible for some of the worst human rights abuses in the world:

Financially: Total gives the Burmese regime $750 million per year. The regime have taken power by force and imprisoned Aung San Suu Kyi-the democratically elected leader of the country in prison. The regime spend 50% of it's annual income on military to continue it's genocide of ethnic minorities and oppression of the Burmese people and spend just 2% on healthcare. The regime uses rape, torture, amputation, public execution and child slaves to keep control over the country.......all funded by people filling up at Total petrol stations. 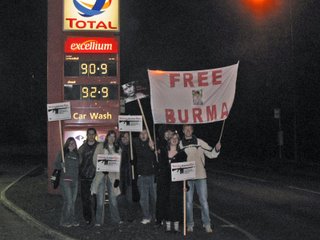 Practically: If funding it isn't bad enough Total are directly responsible for human rights abuses. They employ Burmese soldiers to guard their pipeline-these soldier have looted homes and gang raped women and girls as young as 14 in the area surrounding the line. Total have done nothing about this and continue to maintain heir pipeline using slave Labour-including political prisoners who will be shot if they try to escape.

Politically: On a political level Total is the soul reason that the EU haven't intervened in Burma. The most brutal regime in the world with the highest number of human rights abuses a child soldiers is left free of sanctions or action. Why? Because for the EU to do anything every member country must agree. France make billions of dollars out of Total each year and so has vetoed every EU proposal for action. No EU country has yet had the guts to impose sanctions without EU backing.